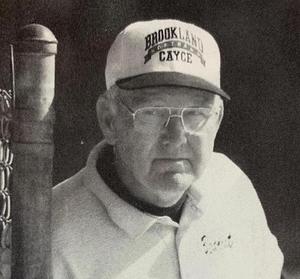 Richard Lundy, who spent more than 3 decades with the district, has been named to the Heroes and Heroines Society

WEST COLUMBIA, S.C. -- A much-loved Lexington Two educator and longtime coach was recognized Thursday with one of the district’s most prestigious awards.

Richard Lundy  -- who retired from Brookland-Cayce High School in 2006, after more than three decades in Lexington Two –  was selected for the district’s Heroes and Heroines Society.  Lundy passed away in January, and his family attended a reception to accept the award before the Board of Trustees’ April 28 meeting.

Lundy and his wife, Charlotte, raised three daughters, all of whom graduated from Brookland Cayce High. In accepting the Heroes and Heroines Society award for their father, the three – Michele Lundy, Trina Kiernan, and Elaine Lundy – said: “In our hearts we thought we would forever see him coaching softball, and teaching carpentry, both of which he loved! What he loved more than the trade and the sport was every single person that he was able to leave a little legacy with as they passed through his life. I promise you he loved each one of you more than you loved him! Dad was an amazing husband, father, brother, Grandaddy, Papa, educator, carpenter, coach, Christian, and man.  He touched more lives than most get to experience in a lifetime. His legacy will never die!”


The Heroes and Heroines Society was started in the 1990-91 school year to recognize retired educators who dedicated their lives to service in the classroom, guidance or media center.  Lundy is the 37th honoree chosen for induction into the society representing the “best of the best” in Lexington Two schools.